A lot of no-limit Texas Holdem players just love to make flushes. There’s something about looking down at J8s that looks so much better than J8o to a lot of opponents at small and mid stakes. We know however that the suited cards only out perform their off suit counterpart by 2% when going to showdown, but our opponents don’t seem to mind, or more accurately, don’t know that.

Now let’s not get confused between the FC player and the SOOT player. The FC player likes to chase his flush, but that doesn’t mean that he’ll play any two suited cards. You may have an initial read of FC, and then later find out that the player is really more of a SOOT, but make sure that you make the distinction because it matters.

Most FC players will still play reasonable cards, but they’ll call large flop bets (pot size or more) with their flush draws, which isn’t terrible on the flop. But they will also typically call large turn bets with their draws, which is bad. It’s bad for them but good for you. When you see a person checking and calling and then check/folding the river to a bet, you can be pretty sure they were chasing and you can make a note of it (and I suggest putting a question mark next to the read meaning it’s not confirmed yet, but you suspect this to be the case).

If you are lucky enough to get to see a showdown and their cards, then also make a note whether they chased with a flush that had likely over card outs, or they chased with just a flush draw that likely had no over cards. An example of this would be if they held 8d9d and the board on the turn read AcTd4d2h. If they are calling large bets on those kinds of boards when they only have as many as 9 outs, then you can put an exclamation on their FC note because they are a definite flush chaser.

SOOT (Likes to play any two suited cards)You’ll run into these opponents a lot at micro and small stakes, but there are some at every buy-in level. These opponents have so fallen in love with the flush that they’ll play any two suited cards, and often from any position. If you happen to see someone showdown a J4s from early position, you can rest assured you’ve found one of these opponents.
If you get involved in a hand with a SOOT, and there are flush draw possibilities, bet the hand hard. Sometimes even over betting the pot (on flop and turn) is appropriate if you have a strong hand. Don’t be afraid of chasing them away, they’ll continue on if they have any hope if hitting their flush. If you have a marginal hand, bet the flop and turn harder than normal, but always make sure not to go too crazy. Just because you’re in a hand with a SOOT and there’s a flush draw doesn’t mean they absolutely have a draw. Make sure to always exercise caution, but look for the tell tale signs of a draw, such as your opponent checking and calling.
When you have position on a SOOT with a good hand and they’ve limped in front of you, make sure you isolation raise them pre-flop with a wider range of hands than normal. You want to make them pay as much as possible for trying to hit their improbable hand (you flop a flush less than .08% of the time). SOOT players are always fairly loose, so you want to maximize your advantage by getting in a nice raise before the flop.
Also if you’re involved in a hand with a SOOT and a flush draw comes in, don’t pay it off. They won’t know that you have this kind of read on them, so they likely won’t be bluffing you. Again, if your opponent is checking and calling and a flush draw completes, and they suddenly bet, or check-raise, you should fold. Same thing if you’re out of position and they’ve been calling your bets and a flush draw completes on the river, it may be best to consider folding unless they bet a very small amount. 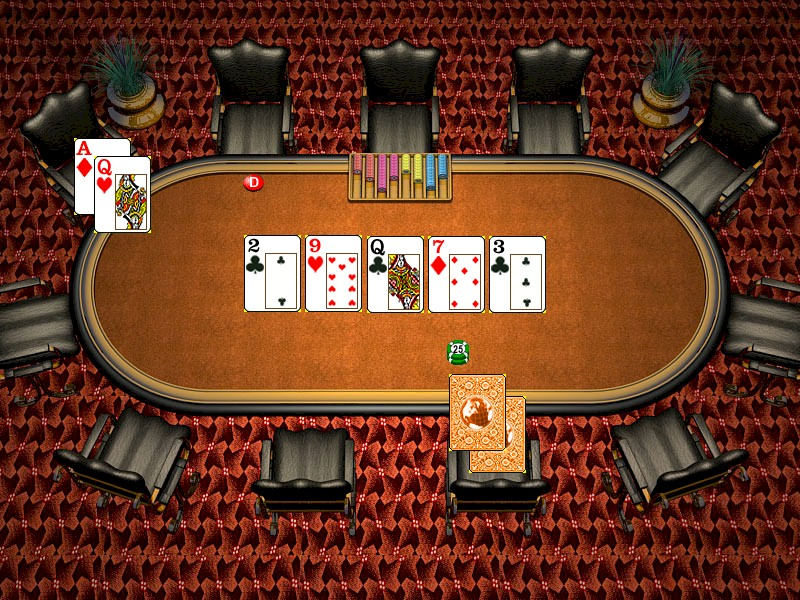 Leak Buster – Leak Buster is unique poker analysis software that has the power to locate your most costly online poker leaks in minutes! Through the use of running over 470+ filters, stat range analysis, and deep level comparative analysis versus winning players, Leak Buster zooms in on area’s of your game that you’re most likely over looking (over 590 areas of your game analyzed).

Ace Poker Drills – Ace Poker Drills is a very simple and intuitive poker training software aimed primarily at beginners to small stakes players. It places players in common pre-flop and post flop situations in a quiz style format, and provides feedback about how to improve their poker game. It also teaches people how to properly count outs and convert those outs to odds. It tracks and charts progress, and the equity/hand reading trainer part of the program is the only kind of its existence in the market. It also comes with a free poker equity calculator, which is the most advanced poker calculator currently on the market.

Ace Poker Coach – Incredibly insightful advice requires an incredibly advanced knowhow. Our award winning poker AI engine (has won 2nd and 1st place in back to back years at AAAI Computer Poker Competitions) achieves this through adaptive learning, and mathematical modeling. Ace Poker Coach uses advanced pattern recognition to help you discover how to optimize your playing style based not only on your cards and position, but also on your opponents.